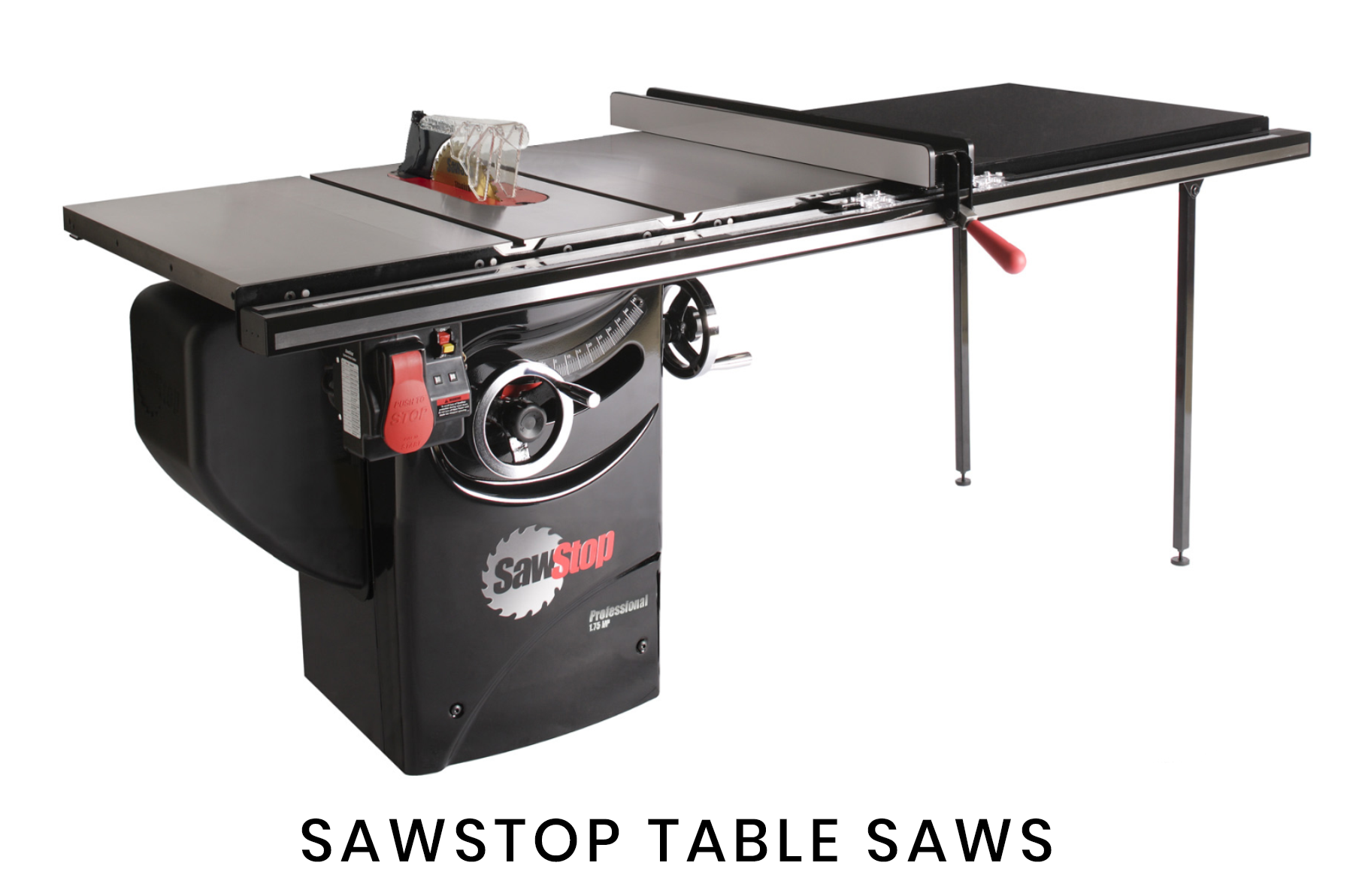 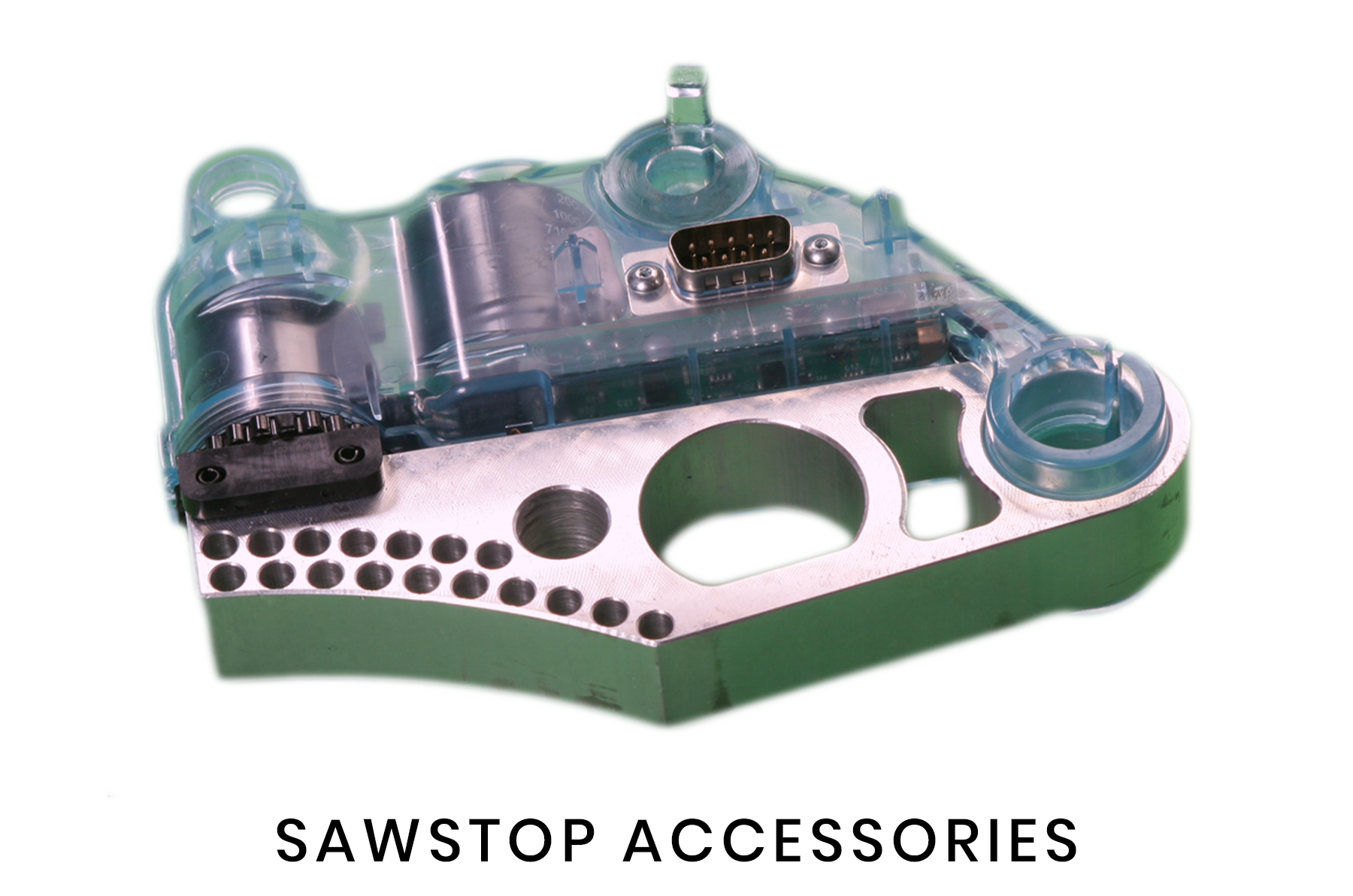 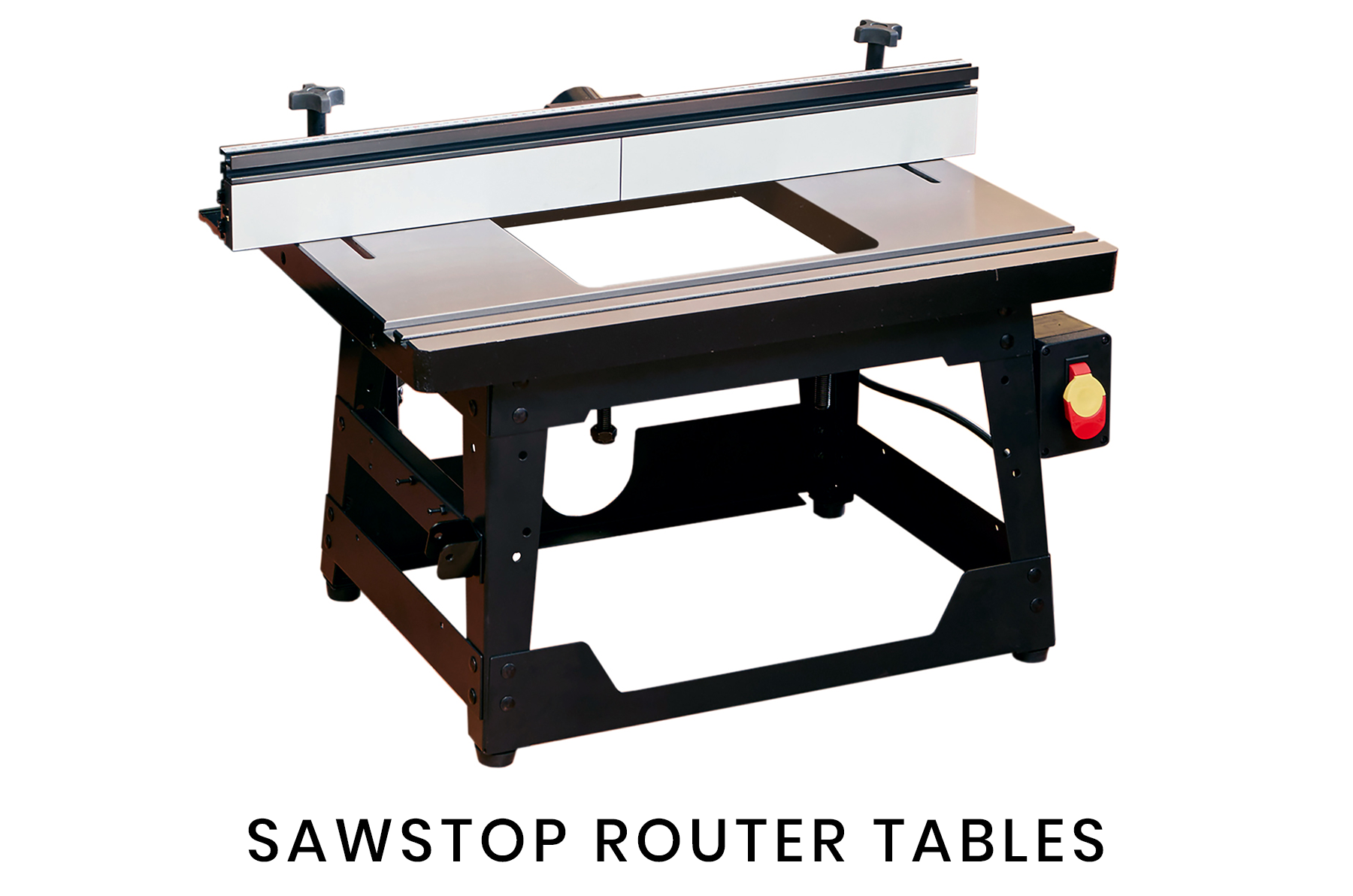 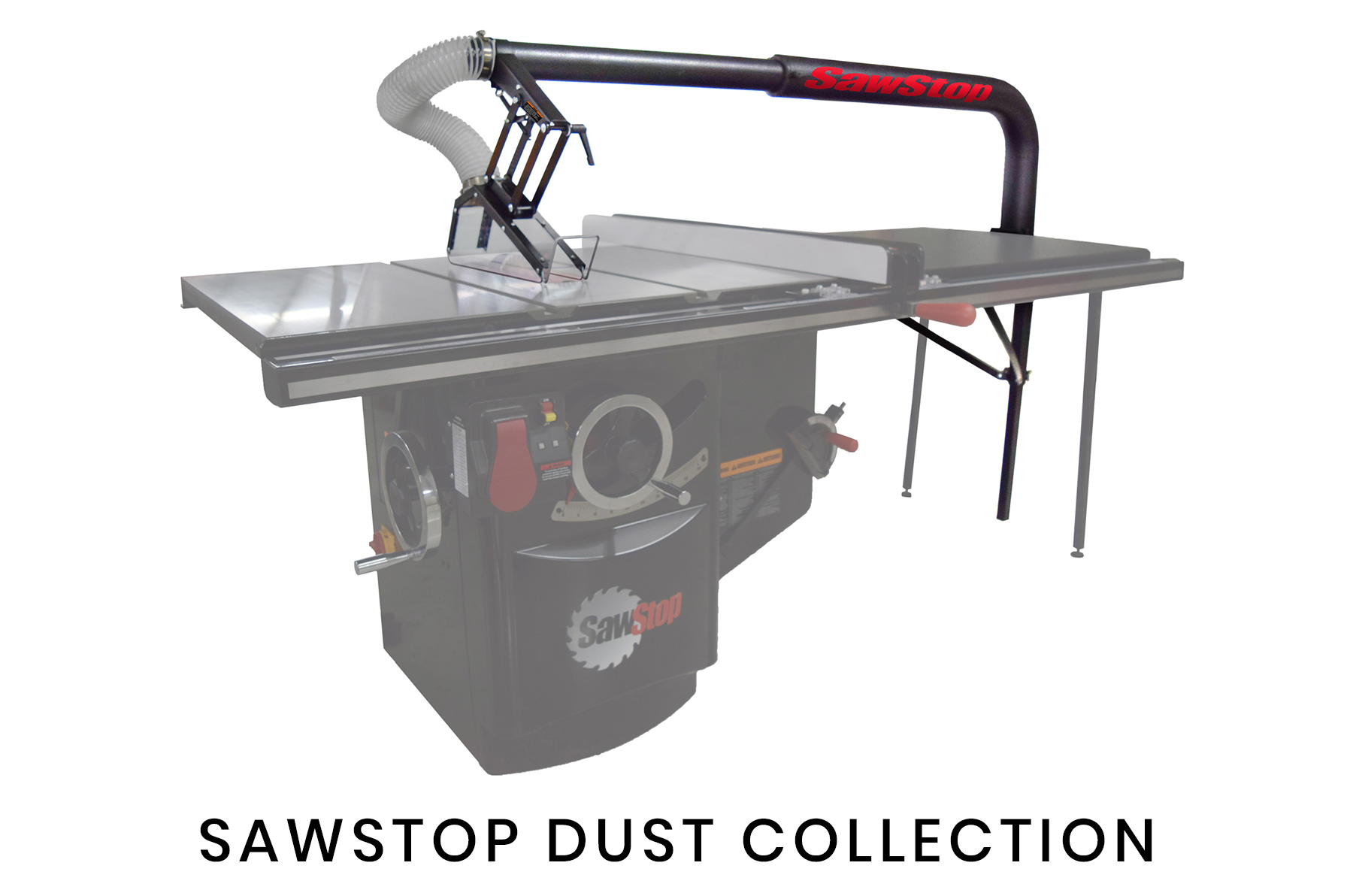 SawStop® table saws are the most advanced machines in the world, setting the standard for industry safety.

SawStop saws are equipped with a safety system that detects when someone accidentally contacts the spinning saw blade, and then stops the blade in milliseconds. In most cases, such an accident would result in just a nick on a SawStop saw, instead of the devastating injury which would likely occur on an ordinary table saw. The SawStop safety system includes an electronic detection system that detects when a person contacts the blade. The system induces an electrical signal onto the blade and then monitors that signal for changes. The human body has a relatively large inherent electrical capacitance and conductivity, which cause the signal to drop when a person contacts the blade. Wood has a relatively small inherent capacitance and conductivity and does not cause the signal to drop. In order to stop the saw, a fast-acting brake stops the blade when contact is detected. The brake includes a heavy-duty spring to push a block of aluminum, called a brake pawl, into the teeth of the blade to stop the blade from spinning. The spring is held in compression by a fuse wire until contact is detected. When contact is detected, the system sends a surge of electricity through the fuse wire to burn the wire and release the spring. The spring pushes the brake pawl into the teeth of the spinning blade, and the teeth cut into the aluminum and bind, thereby stopping the blade. All this happens in about 3–5 milliseconds, or 1/200th of a second. At the same time, the angular momentum of the blade causes the blade to retract below the table and the power to the motor is shut off. The standard and dado brake cartridges are single-use components that must be changed if the brake is ever activated. Changing a brake cartridge is fast and easy, no more complicated than changing the blade.